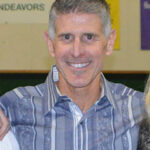 Mr. Ogden holds a Bachelor of Arts degree in Psychology and a Master’s degree in Educational Administration, both from Point Loma Nazarene University. His professional career includes being an elementary teacher from 1978 through 1982. Mr. Ogden served as Vice Principal for the Julian Union Elementary School District (JUSD) from 1982 through 1985. At the time he also served in the position of Superintendent for the Julian Union Elementary School District. In 1990, Mr. Ogden moved to a Principal position at Painted Rock Elementary School in the Poway Unified School District. In 1995, he returned to JUSD where he served the rest of his career as Superintendent, earning the honor of longest sitting Superintendent in San Diego County. He brings years of educational experience to the Julian Charter School Governing board. Mr. Ogden is also an adjunct professor at Point Loma Nazarene University in the field of administrative leadership.